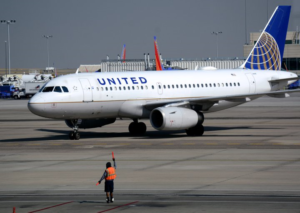 Fight for your Flight Rights

Nearly everyone flies on an airplane sometime in their life. Getting involuntarily bumped from a flight is never a pleasant experience. Unfortunately though, it is something we are seeing become more and more common as airlines continue to overbook flights.

Most notably, a story involving a United Airlines passenger who was bumped from a flight has garnered worldwide headlines. United Airlines has been in hot water the last few weeks after 69-year-old doctor, David Dao, was dragged off a flight from Chicago’s O’Hare International Airport to Louisville two weeks ago, this Sunday.

Dao was one of four people who was randomly selected to get off the overbooked plane in order to make room for United flight crew members who needed to get to an assignment. When Dao refused, United sent in Chicago Aviation police officers to remove him from the plane and the resulting cellphone video of the struggle shot by another passenger has turned into a PR nightmare for United.

As a result, it’s best to know your rights as an airline passenger traveling whether it is in the United States, Canada or abroad.

In the case of Dao’s fiasco, involuntary bumping can happen. This occurs when the airline sells more fares than it has seats on your flight due to overbooking and the airline is unable to reroute you to arrive at your destination within an hour of your originally scheduled time, you are entitled to compensation. Someone’s got to stay behind and that someone may be you.

Now, overbooking isn’t illegal, but it is a pain. According to CNBC, if your carrier cannot get you to your domestic destination within one to two hours of your scheduled arrival time, then you are due compensation of 200% of the one-way fare up to $650. Anything over two hours results in compensation of 400% of the fare up to $1300. Furthermore, the Atlanta Journal Constitution detailed more passenger rights in their article located here.

Other flight rights from Legal Shield and Airfarewatchdog.com include: 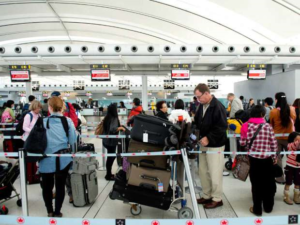 United States travelers can view the US Department of Transportation website for more information on flight rights.